This project is an EPSRC Prosperity Partnership with M Squared Lasers that aims to develop a new platform for quantum computing based on scalable arrays of neutral atoms that is able to overcome the challenges to scaling of competing technologies.  We will develop new hardware to cool and trap arrays of over 100 qubits that will be used to perform both analogue and digital quantum simulation by exploiting the strong long-range interactions of highly excited Rydberg atoms. Together with the quantum software team lead by Prof. Andrew Daley, we will design new analogue and digital algorithms tailored for the neutral-atom platform to target industrially-relevant computation and optimisation problems.

Our hardware is based on holographic trapping of arrays of identical atomic qubits. Traps are initially loaded at random, after which they are sorted to generate deterministically loaded qubit arrays. Qubit coupling is takes advantage of the strong long-range interactions between Rydberg atoms to couple each qubit to its surrounding neighbouring qubits to perform deterministic two and multi-qubit gate operations. Following implementation of the quantum algorithm, qubits are readout using state-selective fluorescence measurements.

A unique advantage of the neutral atom platform is that, unlike competing technologies, the fidelity of the Rydberg mediated gates doesn’t drop as the system size is increased providing an attractive route to scalable quantum computing.

This Prosperity Partnership enables us to work directly with M Squared lasers, the global leaders in supplying commercial laser systems to quantum computing activities around the world, whose low noise, high power Equinox and SolsTiS laser systems provide the key enabling technology to achieving both scalability and high fidelity qubit operations for our neutral atom platform. 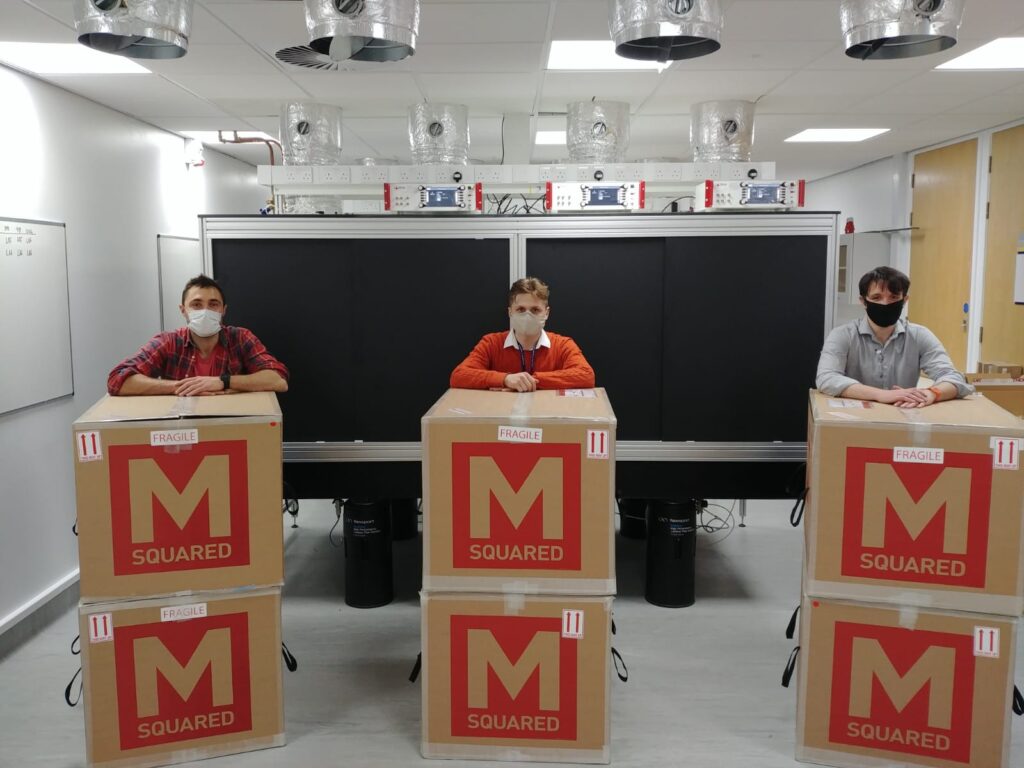